Dwyane Wade’s Answer on How to Stop LeBron James 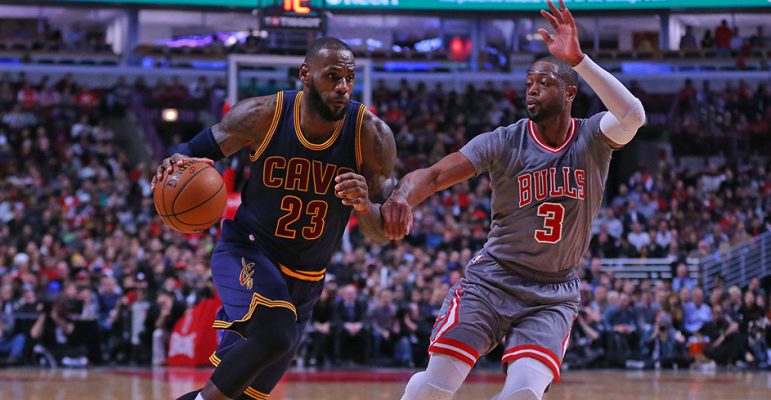 Over the course of the past 14 years, opponents of Cleveland Cavaliers forward LeBron James have sought to try and keep him in check, often to no avail. One of James’ closest friends, Chicago Bulls guard Dwayne Wade, took to social media on Sunday and offered a succinct answer after he was asked about exactly how to stop James.

You can't. A player like him comes around once in a generation. You couldn't stop Wilt,Kareem,Jordan to name a few. So enjoy watching them https://t.co/nJ7jXHf6Ju

Wade and James were teammates with the Miami Heat, reaching the NBA Finals each season they were together. In both 2012 and 2013, the duo played key roles in helping the Heat capture back-to-back league titles, with James earning Finals MVP honors after each of those championships.

James has also been a perennial All-Star who’s captured four regular season MVP awards and punched his ticket for the basketball Hall of Fame in Springfield, Massachusetts a long time ago. His list of individual records for both the regular season and playoffs already rank him among the elite players of all-time. For many, the debate over the greatest basketball player of all-time now boils down to just two names: Michael Jordan and James.