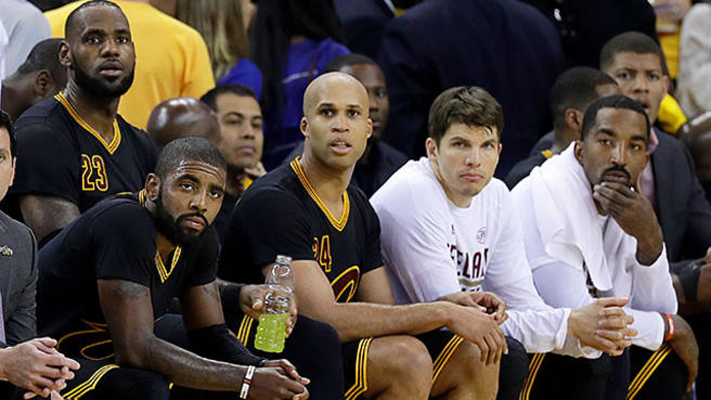 In the midst of the struggles of shooting guard J.R. Smith during the first two games of the NBA Finals, Cleveland Cavaliers head coach Tyronn Lue has shot down growing speculation that he was planning on replacing Smith with Iman Shumpert. That means that the same five Cavs that have taken the court for Cleveland in those two contests will again start Wednesday night’s game at Quicken Loans Arena.

#Cavaliers Coach Ty Lue on speculation he might start Iman Shumpert instead of JR Smith for Game 3: "I'm not doing that."

During the Cavaliers’ first two games, Smith has had major issues, especially on the offensive end of the ball. In Game 1, he connected on a 3-pointer to start the scoring for the team, but has not scored a point since. In Game 2, he put up just two shots and got into early foul trouble, which limited him to just 14 minutes of action.

The Cavs desperately need to win Game 3 against the Golden State Warriors in order to get back into contention for the series, since a loss would effectively end any chance of winning their second consecutive NBA title. A defeat would give the Warriors a 3-0 advantage, a deficit that no NBA team has ever come back from in the 71-year history of the league.