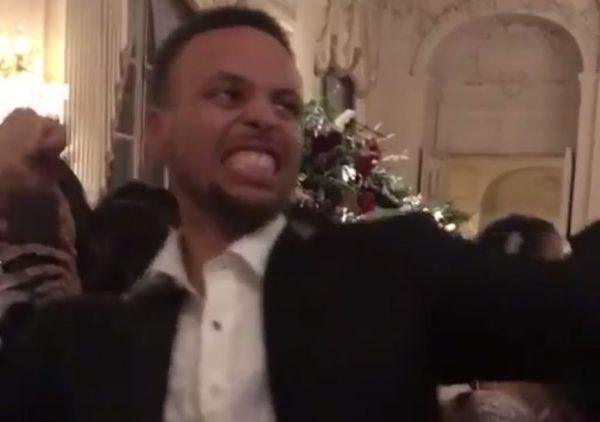 That’s because a video was recently released from former Golden State Warriors Harrison Barnes’ wedding, which both Irving and Warriors superstar Stephen Curry attended. In the video, Curry is seen clearly mocking James and his over-the-top workout videos that he occasionally posts on Instagram.

Watch as Irving winds Curry up and eggs him on as the former MVP doesn’t hold back in his impersonation.

Steph making fun of LeBron's workout video with Kyrie egging him on ??? (via ryanonlyryan/IG) pic.twitter.com/fBj7idGzWA

It’s now safe to say that the rumors of Irving and the Cavs possibly working it out have to be shut down at this point.