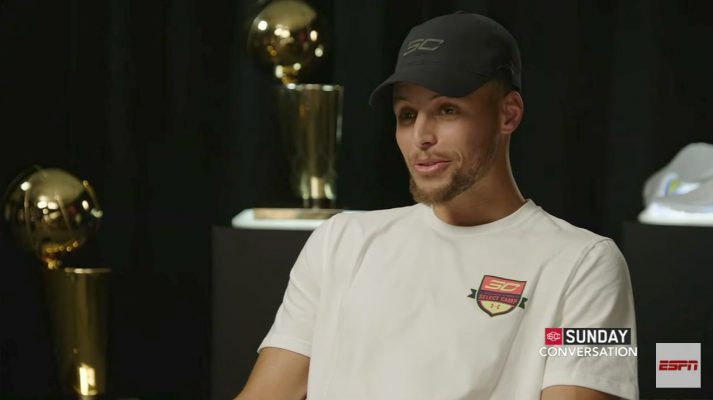 The rivalry between LeBron James and Stephen Curry is perhaps one of the better player rivalries we have in the NBA today. Not only have the two faced each other in the last three NBA Finals, but since the 2008-09 season, the NBA MVP has been hoisted by either James or Curry all but three times.

Following a recent video of Curry mocking James’ Instagram workout video, ESPN sat down with Curry to discuss how he feels about their on-court rivalry.

“Well he’s in the way of me getting another trophy and I was in the way the last three years, and you battle it out,” he said. “Beyond that, we’re two totally different people and have a lot of things going on. We’re in different times in our careers and things like that. So, I don’t take it any further besides the last three years I’ve tried to win a championship and he’s been on the other side.”

While both players have somewhat downplayed the existence of a rivalry, if the two continue to square off in future NBA Finals and pursue greatness, it may very well go down as one of the greatest NBA rivalries of all-time.