Don't Miss
Home / Videos / J.R. Smith Explains Why It Can Be Difficult Playing With LeBron James

J.R. Smith Explains Why It Can Be Difficult Playing With LeBron James 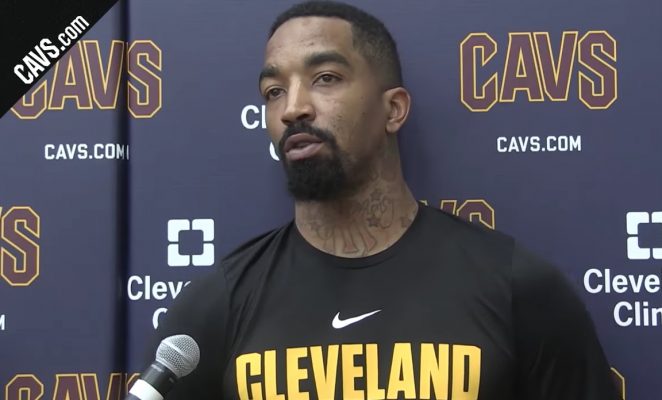 The fact that the Cleveland Cavaliers have LeBron James on their roster has been an incredible asset for the 11 years in which he’s worn the team’s uniform. However, J.R. Smith said after the team’s Friday practice that playing alongside him has put Kevin Love in a situation where the credit for wins almost always goes to James, while the blame for the team’s struggles are typically placed on the shoulders of Love.

Smith described (beginning at the 1:59 mark) the situation as the “Chris Bosh Syndrome.” That’s in reference to James’ former Miami Heat teammate who joined him in Miami in 2010 as a free agent to form what many considered to be a so-called “superteam.” Over the next four years, the Heat reached the NBA Finals each year but won championships only twice in that time period. James won Finals MVP in both of the title years, while Bosh received comparatively limited credit and a healthy supply of blame for the two times the team came up short.

Love provided a strong Thursday night double-double of 31 points and 11 rebounds in the Cavaliers’ Game 2 win over the Toronto Raptors in the Eastern Conference semifinals. However, prior to that, he had struggled in the Cavs’ previous eight playoff games, while James was integral to the team advancing in a tough seven-game series against the Indiana Pacers. Even with that effort on Thursday, Love’s performance was overshadowed by James, who scored 43, handed out 14 assists and grabbed eight rebounds. Most of those points were scored on 19-of-28 shooting from the field.

For the Cavaliers to keep winning, they have to be able to have effective contributions from more players other than James. A rejuvenated Love would help immensely in that area, though it apparently comes with the reality of where the blame will be placed in the event the Cavs don’t win the NBA championship.