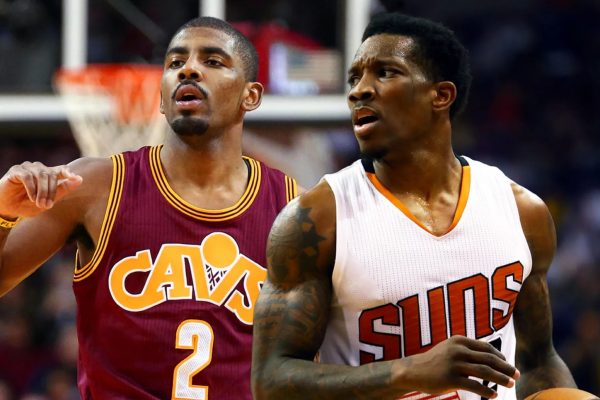 The Phoenix Suns are considered to be one of the frontrunners to land Kyrie Irving, but the Suns and Cleveland Cavaliers have yet to reach a deal deemed worthy by both squads.

Talented rookie Josh Jackson seems to be off the table at the moment, but according to Cleveland.com‘s Terry Pluto, the Suns have made the Cavs aware of at least one potential deal:

“The Suns would love to put together a package with Brandon Knight, T.J. Warren and (Eric) Bledsoe for Irving and some others such as Iman Shumpert or Channing Frye to make it work on the salary cap. That has little appeal to the Cavs. Knight has a torn ACL knee injury and will miss the entire season. So forget him.”

While Warren and Bledsoe are attractive pieces in a potential trade, they don’t exactly satisfy the Cavs’ apparent desire to gain a young blue-chip player in return for Irving. If the Suns were willing to part ways with Jackson they would almost certainly have a deal.

There are still many potential trades the Cavs have to explore, but it’s clear the Suns are looking to play hardball for the time being.