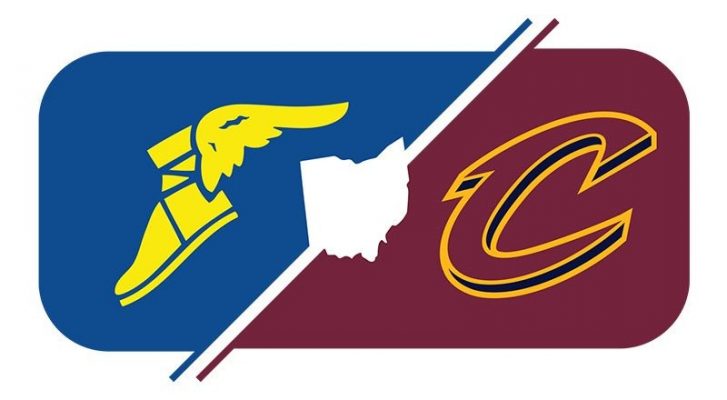 The changes that will take place with respect to the Cleveland Cavaliers‘ uniforms are due in part to the NBA’s new contract with Nike and among the new uniforms the Cavaliers will be wearing during the 2017-18 campaign are new wine-colored jerseys. A photo of this new version was leaked via social media on Tuesday, although the fact that the mannequin is wearing what would be Kyrie Irving‘s jersey will no doubt result in snickers due to his trade request last week and subsequent feuding with LeBron James.

The uniform change for the team had been announced two months ago when the decision was also made to have a small Goodyear Wingfoot logo that will be located on the left shoulder area. The patch is part of a sponsorship agreement with the company and comes after the NBA gave the go-ahead for teams to increase their revenue through those partnerships.

The wine color has been a part of the franchise’s history for a good portion of their previous 47 seasons in the NBA, though some are likening this version to the recent uniforms of the Atlanta Hawks. For the wine jerseys, the Goodyear logo will be gold and navy blue.