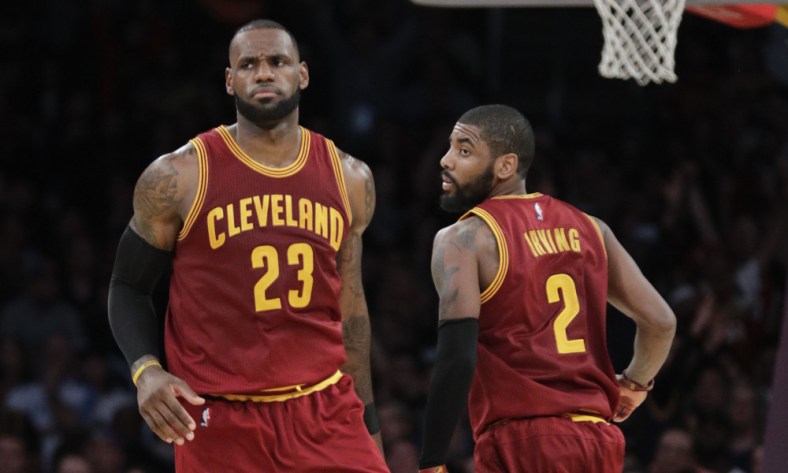 That’s because according to a source close to Stephen A. Smith of ESPN, James would be “tempted to beat [Irving’s] a–” if he saw him right now.

“If Kyrie Irving was in front of LeBron James right now, LeBron James would be tempted to beat his a–,” the source told Smith.

Smith went on to say that James didn’t have a problem with Irving requesting a trade, but did have an issue with Irving making James out to look like a bad teammate.

Irving reportedly requested to be traded on July 7, and newly appointed general manager Koby Altman is studying several trade scenarios, both present and past, at the moment.

Smith has been known to fabricate some of his reports, as he also claimed that Irving’s camp is “disgusted” and believes that James and his camp leaked information about the point guard’s trade request from the team.