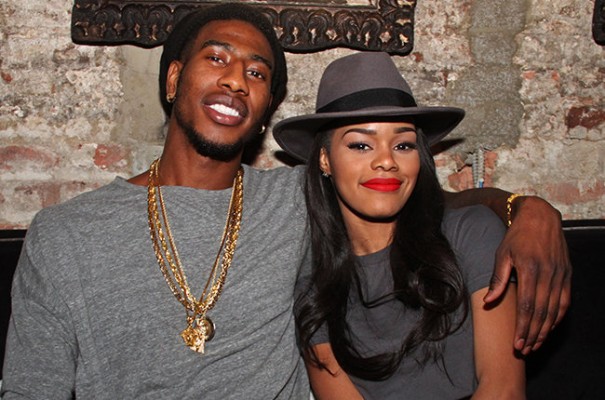 Iman Shumpert is getting married.

Shumpert’s fiancee, Teyana Taylor, shared pictures and news of their engagement over Twitter and Instagram. The Cleveland Cavaliers shooting guard popped the question on Saturday night while celebrating Taylor’s baby shower at Cleveland’s Museum of Contemporary Art. The couple is expecting their first child in January.

THIS singer revealed her happy engagement news in the best way! https://t.co/veV1JhmZLv pic.twitter.com/ZOJb45wi9L

The 25-year-old is currently sidelined as he recovers from wrist surgery. He is expected to make his return in December or January.

Shumpert averaged 7.2 points and 3.8 rebounds in 38 appearance with the Cavaliers during the 2014-15 season. Before the injury, he was expected to be the team’s starting shooting guard entering this year.