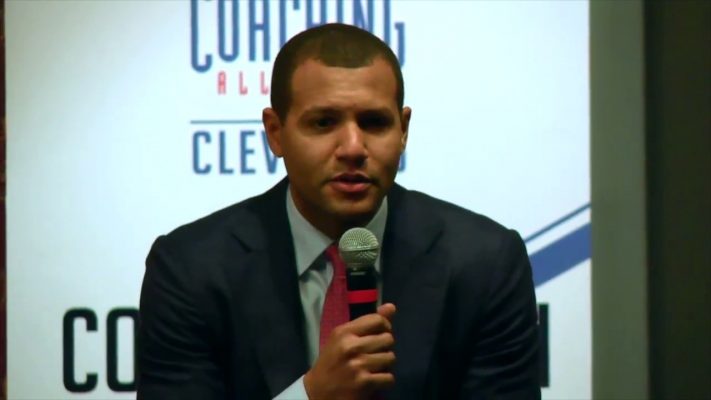 In a move that was “imminent” earlier in the day, the Cleveland Cavaliers have reportedly promoted assistant general manager Koby Altman to be the team’s full-time GM.

Altman had been serving as the Cavs’ interim GM for the past month after the departure of former GM David Griffin, and has since signed veteran point guard Jose Calderon and swingman Jeff Green.

Per the Associated Press:

“His deal is being finalized and will be announced in the next few days, said the person who spoke Friday to The Associated Press on condition of anonymity because of the sensitive nature of the talks.”

The 34-year-old Altman has been with the team since 2012, working as Griffin’s assistant since after the 2016 season.

With the shocking news of point guard Kyrie Irving’s trade demands, Altman will have a lot on his plate right off the bat.