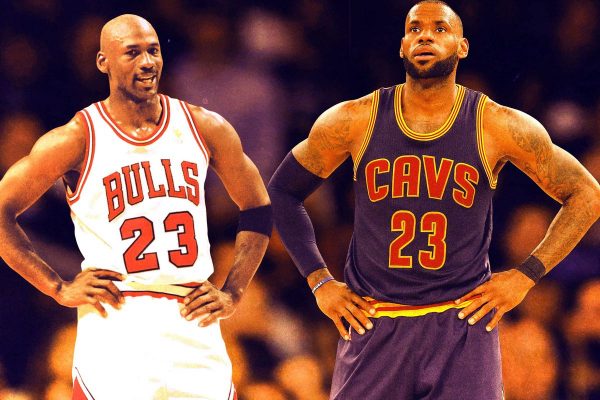 The continuing debate about whether or not Cleveland Cavaliers forward LeBron James measures up to legendary Chicago Bulls Hall of Famer Michael Jordan as the greatest basketball player of all-time is an argument seemingly without end. The latest to weigh in with his opinion is media pundit Nick Wright, who managed to make his case for James in just over a minute.

Wright’s comments came on the FS1 morning show “First Things First” in the wake of James matching Jordan in the category of NBA games played at 1,072.

LeBron is better than Jordan. @getnickwright settles the argument in 79 seconds pic.twitter.com/Ud5MtfSbQS

“They have now played the exact same number of games. LeBron has more rebounds, he has more assists, he has a better shooting percentage, a better three-point shooting percentage, he’s a better value-over-replacement player, he’s a better box score plus-minus. Jordan has taken more shots, and therefore, he has scored more points. LeBron James, better basketball than Michael Jordan. I understand that people don’t want to get it because they love the six-rings argument, but LeBron James is flatly better.”

The remarks will no doubt enrage those Bulls fans who cheered for Jordan as well as basketball fans whose memories of Jordan still linger. However, the “six-rings argument” that Wright references is still a work-in-progress for James, who currently has three in his possession. James turns 33 at the end of next month, which still gives him a number of years to match that accomplishment and perhaps end the argument once and for all.