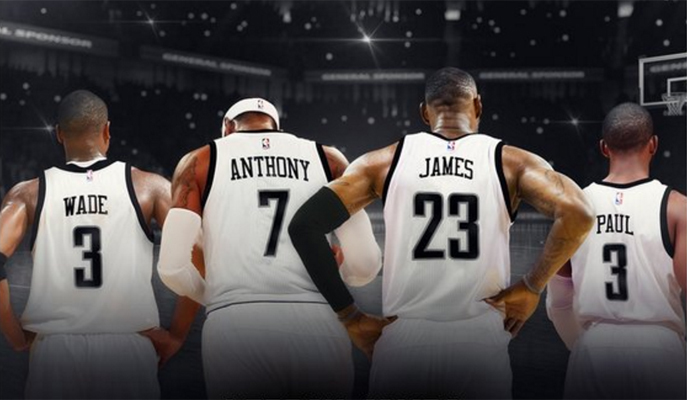 LeBron James is most likely remaining with the Cleveland Cavaliers when he again becomes a free agent after this season. However, he’s holding out hope that at some point in his legendary career, he can play on the same team with close friends Carmelo Anthony, Dwyane Wade and Chris Paul.

James made the comments toward the end of a lengthy Bleacher Report article detailing his friendship with Anthony. He even indicated that playing at a lower salary would be worth it:

“I really hope that, before our career is over, we can all play together,” James said. “At least one, maybe one or two seasons—me, Melo, D-Wade, CP–we can get a year in. I would actually take a pay cut to do that.”

James and Wade have already played together, having spent four seasons with the Miami Heat from 2010-14. During that time, the Heat reached the NBA Finals every year and won NBA titles in 2012 and 2013.

The friendship between James and Anthony dates back to when they were both high school All-Americans, which is also when James and Paul connected. In the latter case, there’s some debate about when that actually took place, but the two remain in constant contact with each other.

Due to the ravages of time and contract issues, the dream may never come to fruition. However, James isn’t giving up hope:

“It would be pretty cool,” James said. “I’ve definitely had thoughts about it. We’ll see.”

Wade, like James becomes a free agent after this season. Meanwhile, Paul’s contract with the Los Angeles Clippers expires in 2018, while Anthony’s deal with the New York Knicks runs out the following year.