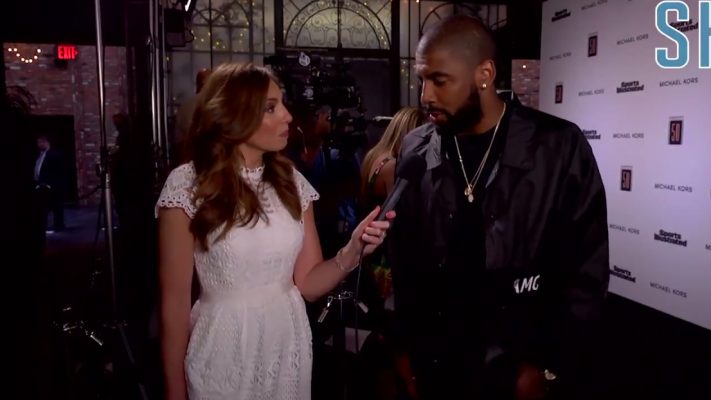 The dramatic front office changes and lack of moves to keep up with other teams that have taken place with regard to the Cleveland Cavaliers in the past five weeks have been a source of continuing controversy. The furor hasn’t escaped the notice of one of the team’s most prized assets, who commented on those concerns on Tuesday night.

Kyrie on the Cavs' offseason: 'We're in a peculiar place'https://t.co/PpEI1ZScEj pic.twitter.com/WFQGuoKSw8

“I understand we’re in a very peculiar place,” Irving said. “We just have to, you know, make sure all our pieces are aligned first, and then we go from there. It’s just summer time, a lot of craziness going on in the NBA. Best to just observe and then see what happens, but obviously there are some things that I’m pretty sure our organization wants to do, and we’ll go from there.”

James’ comments have brought about plenty of concern among Cavaliers fans because of the fact that he could leave in free agency next season if the issues end up affecting the team during the 2017-18 season. His potential departure has also led to speculation that Irving would ask to be traded rather than be part of another rebuilding project with the franchise. Irving is currently signed through the 2019-20 season, at which point he would still only be 28 years old.