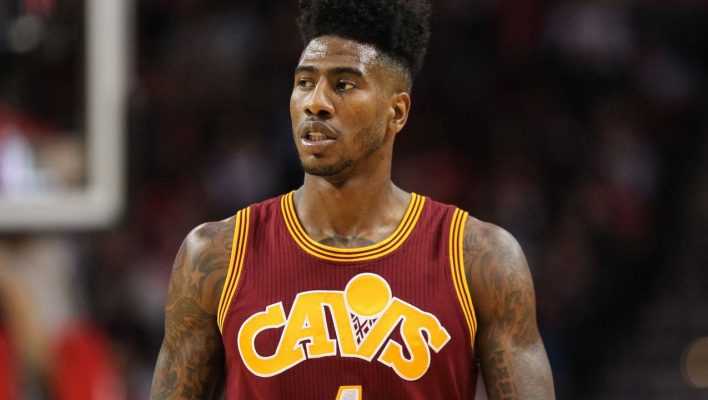 The rivalry between the Cleveland Cavaliers and Golden State Warriors has ratcheted up in recent years, especially since each team has defeated the other in the past two NBA Finals. Cavaliers guard Iman Shumpert appears intent on keeping the fire burning until the two teams meet this season on Christmas Day.

Shumpert recently gave an interview to Complex.com on topics mostly related to fashion, yet his remarks about the Warriors figure to resonate much longer than most of his other comments.

Specifically, Shumpert fully expects the Cavs to have no problem defeating Golden State during the regular season and a potential third consecutive matchup in the NBA Finals. The comment was in response at the end of the interview to Draymond Green‘s comments about wanting to “annihilate” the Cavs in the Finals.

“He should. We supposed to hate them, and they supposed to hate us. It’s OK. They supposed to take cheap shots at us,” Shumpert said. “They’re gonna hate us, fam. That’s what sports is. It’s great. I love every bit of it. I’m glad he said that ’cause we gon’ bust they ass, too. You need to type that up: We gon bust your ass. Period.”

Shumpert also addressed the recent controversy between LeBron James and Phil Jackson, in which Jackson referred to James’ business partners as his “posse,” a term many African-Americans feel is a racially-charged.

“I think ‘Bron would bust Phil Jackson’s ass. If Phil Jackson was in his prime, playing basketball, ‘Bron would bust his ass. I’m glad Phil Jackson got the rings for Chicago. You traded me away from New York, cool. It’s all business, it’s all love, whatever,” Shumpert said. “But I’m a grownup now. You not my hero no more. The (Chicago) Bulls era is gone, Mike (Michael Jordan) is gone, (Scottie) Pippen is gone, you ain’t coaching the Bulls no more. So, I don’t care what you got to say about ’Bron. I don’t know how conscious he was of that word upsetting LeBron the way it did, but I understand why ’Bron’s heated.”