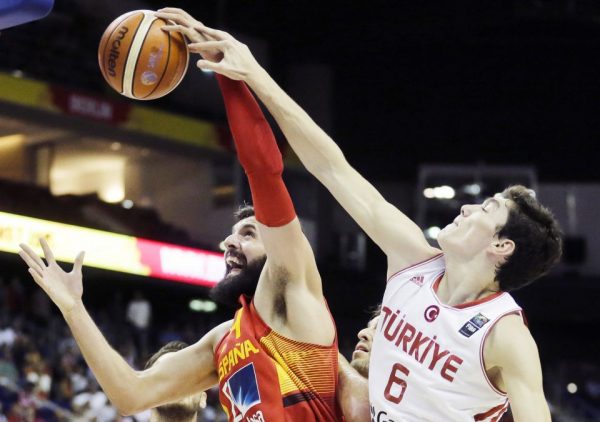 On July 12, the Cleveland Cavaliers signed forward Cedi Osman to a reported three-year deal for $8.3 million, with the deal being officially announced on Tuesday by the team. The Cavaliers are expected to have him provide help off the bench during his first season in the NBA, but one report indicates that the team could be using Osman as trade bait.

“The Cavs have no issues keeping Osman, but are also said to be floating his name in trade talks.”

The main reason why Osman might not play a game in a Cavaliers uniform is because of the sense of urgency the team has in trying to win their second NBA title. With Osman having no NBA experience, the Cavaliers don’t have the time to help him develop his game as they seek to battle teams like the Golden State Warriors next season.

Given LeBron James‘ uncertain status past this upcoming year, Cleveland is focused on winning now. How much Osman can contribute next season is open to question, which means that his value for the immediate future conflicts with that philosophy.

Osman’s modest contract is appealing to a number of teams, though what the Cavs will be able to acquire in return is likely limited due to their restrictive salary cap situation. In addition, the team’s uncertain front office setup means trying to make such a deal without an official general manager in place.