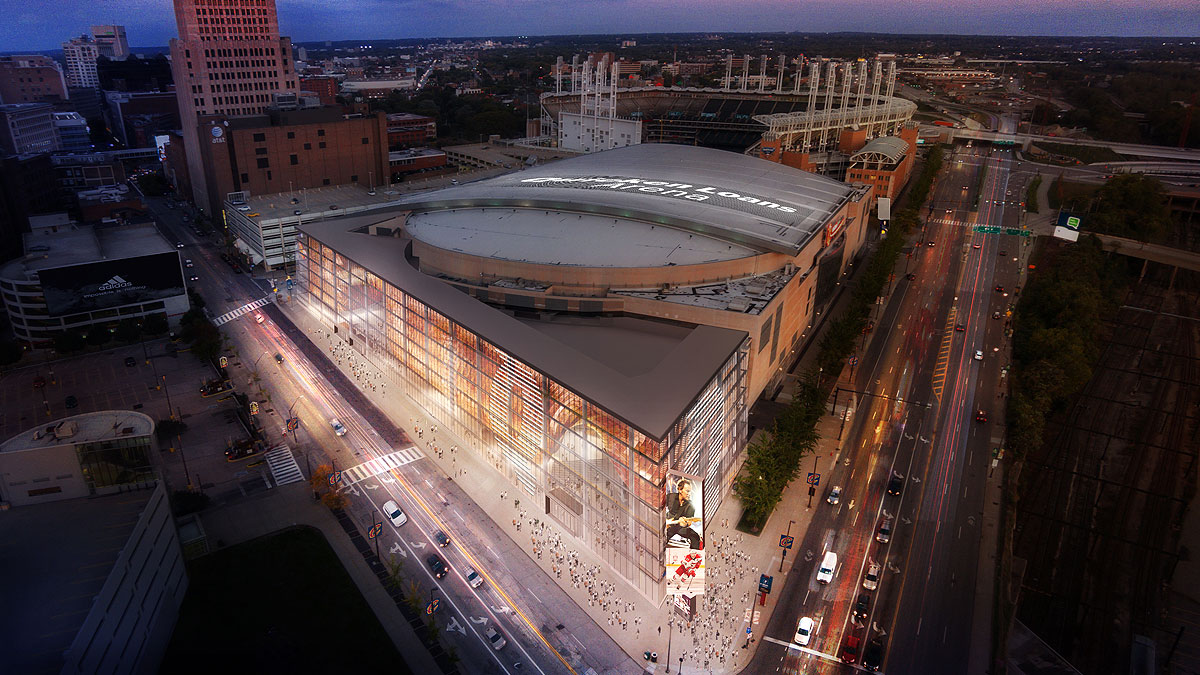 The Cleveland Cavaliers are continuing to honor their own legacy as they get set to begin their 50th season in the NBA.

On Thursday, the organization released a video announcing the five inaugural members of the Cavs’ Wall of Honor.

The wall, which will be located within the revamped Rocket Mortgage FieldHouse, will recognize the contributions of five individuals who were pivotal in the franchise’s history. The quintet includes two former players, a head coach and two key front office personnel.

Nick Mileti was the first owner of the Cavaliers and was the driving force in helping bring an NBA team to Cleveland in 1970. That push began soon after he purchased the Cavs’ first home, Cleveland Arena, in 1968.

Mileti would go on to play a major role in getting the Richfield Coliseum built, which served as the Cavaliers’ home for two decades from 1974 to 1994. He would sell the team in 1980.

Bill Fitch was the Cavs’ first head coach and served in that capacity for nine seasons before resigning in 1979. He endured the brutal early years of the franchise, in which it compiled a record of 99-229 during the first four seasons.

Fitch led the team during the 1975-76 “The Miracle of Richfield” season, in which the Cavaliers reached the postseason for the first time. They played that season’s eventual champion Boston Celtics in the Eastern Conference finals before falling in six games.

John Johnson was the first player ever drafted by the Cavaliers and also held the distinction of being the first member of the Cavs to be selected to the annual All-Star game. He played three seasons with the team, averaging 15.9 points, 7.1 rebounds and 4.5 assists.

Johnson was traded to the Portland Trail Blazers in 1973 and eventually found his way to Seattle. That was where he was a member of the 1979 SuperSonics team that captured their only NBA title. He passed away in 2016, just five months before the Cavs won their first-ever title.

Wayne Embry was the architect for the rebuilding of a Cavaliers franchise that was on the verge of either folding or moving elsewhere. He arrived in 1986 and helped build a team that went to two consecutive Eastern Conference finals in 1992 and 1993. On both occasions, the Cavs came up short against the eventual NBA champion Chicago Bulls.

Embry twice won the NBA Executive of the Year award while working for the Cavaliers, being selected for the accolade in both 1992 and 1998, the only Cavs’ executive to ever win the award. He would leave the organization in 1999 and since 2004, has served as Senior Basketball Advisor for the reigning NBA champion Toronto Raptors.

John “Hot Rod” Williams was selected by the Cavaliers in the second round of the 1985 NBA Draft, the 45th player selected overall. He would have likely been chosen much higher, but he had been indicted on charges of point shaving while playing for Tulane University. After his first trial ended in a mistrial, he was acquitted of all charges.

Williams was signed by the Cavaliers in 1986 and would go on to play nine seasons with the team. He served as a key member of the teams that reached consecutive Eastern Conference finals in 1992 and 1993, and averaged 12.9 points, 7.1 rebounds, 2.1 assists and 1.8 blocked shots per game. He passed away in December 2015.

In the years to come, additional names will be added to the list of Cavalier legends. However, the five individuals that are being recognized now will hold the distinction of being the first members of this select group.