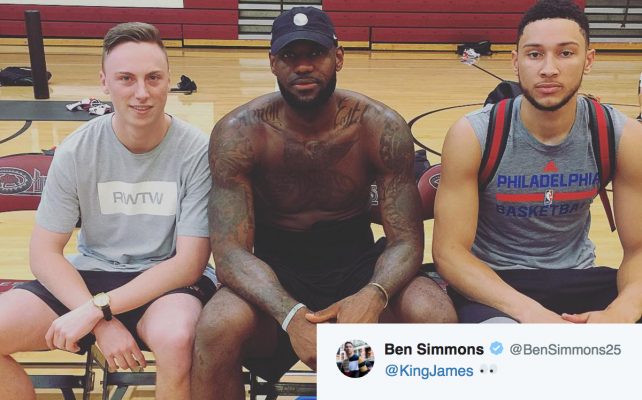 It’s hard to ignore recent projections that have LeBron James leaving the Cleveland Cavaliers next offseason, and it seems the Philadelphia 76ers‘ Ben Simmons is buying into the hype.

The original poster tagged both James and Simmons and the former LSU standout couldn’t help but respond. He tagged James in a very telling tweet of his own, seemingly trying to recruit The King to the City of Brotherly Love.

With James reportedly unhappy with the lack of moves the Cavaliers have made this offseason, who knows how James feels about an image like this. One thing is for certain though, if James were ever to join the budding stars in Philadelphia, the young team would quickly become a force to be reckoned with in the NBA.