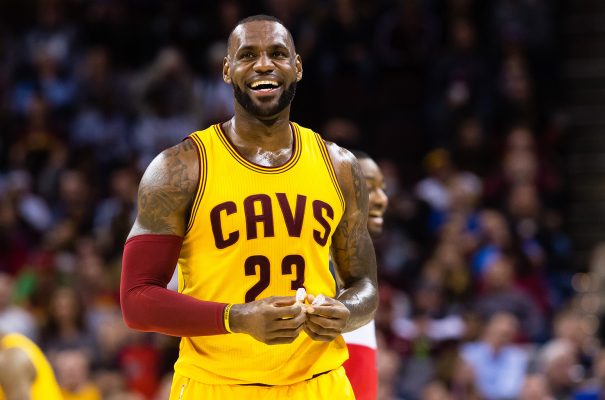 The seemingly endless debate about whether Cleveland Cavaliers forward LeBron James or former Chicago Bulls legend Michael Jordan is the greatest player in NBA history will likely go on forever. However, one of the newest additions to the NBA sees James in much the same way that James once looked at Jordan.

Los Angeles Lakers rookie Lonzo Ball was interviewed after the Lakers-Cavaliers Las Vegas Summer League contest on Wednesday night’s ESPN SportsCenter. He was asked (at approximately the 1:20 mark) about what he envisions the atmosphere will be like when he faces James during the 2017-18 season.

Prior to those remarks, Ball indicated that he didn’t immediately notice James was in attendance at the game, but was apparently struck by the size of the future Hall of Famer.

James has had previous issues with Ball’s controversial father, LaVar, over remarks made about James’ sons. However, there’s no apparent residual anger toward Lonzo, with the two set to face each other twice during the upcoming season. Rumors have already been circulating that the two could end up as teammates during the 2018-19 campaign, though any decision on James’ part won’t be made until nearly a year from now.