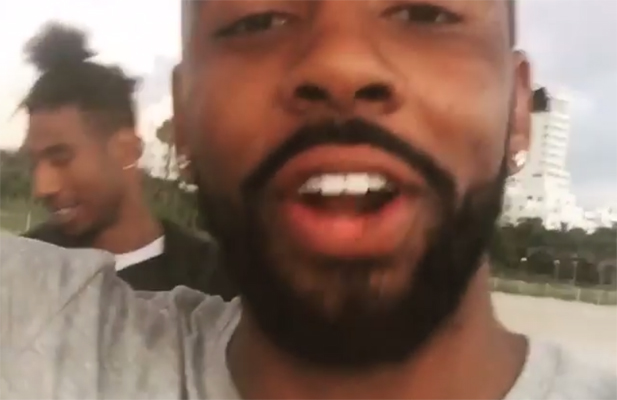 Kyrie Irving and Iman Shumpert have been working on their game all summer. They’ve been doing shooting workouts, lifting weights and doing yoga on Miami Beach.

But apparently, Shumpert also has another pastime that has been taking up much of his time — Pokemon GO.

Friday morning, before Shumpert and Irving were set to do a morning yoga workout, Shumpert was apparently playing the game at 7 a.m., which Irving promptly roasted him for.

“Shump, give it a break!” Irving told Shumpert.

Shumpert also then posted a photo of the two doing their yoga workout, meaning Shumpert did eventually put the game down.

No word on whether he actually caught the Staryu though.