Report: Kevin Love and Collin Sexton Have Great Relationship, Texted Each Other Frequently Over Offseason 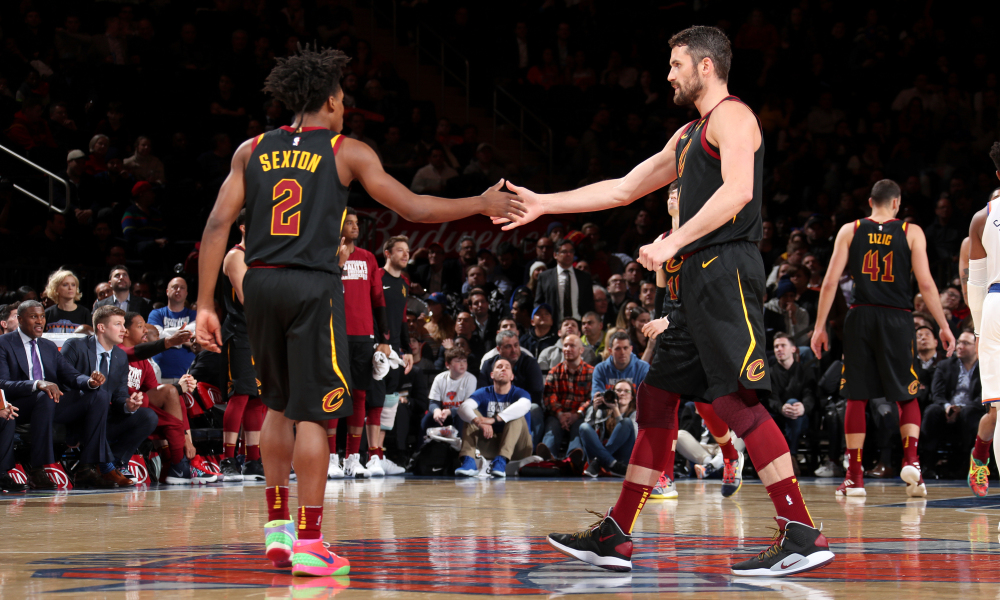 Kevin Love had very little time to get to know Collin Sexton on and off the court last season, but their relationship has grown regardless.

That’s because Love took it upon himself to communicate with the young guard this summer to make up for the time the five-time All-Star missed due to injury last season.

“After not getting enough time to foster their relationship last season, Love tried to make up for it by texting Sexton frequently this summer,” wrote Chris Fedor of Cleveland.com. “The two realized they had something in common. Sexton was peeved about his Rising Stars snub. Back in Love’s first year, he went through the same. Then, when Sexton was named second team All-Rookie instead of first team, it was another shared experience.”

Love used his familiarity with being overlooked to connect with the University of Alabama product.

“I was like, ‘You can still go out there and I believe you are a first team All-Rookie guy and you’re going to be great in this league so just go out there and kick ass,’” Love said. “I think for him it was big to have a big second half of the year and show, ‘Hey, I’m Collin Sexton m—–f—–.’ He had a really great second half and I thought he should have been first team, but hopefully that will drive him even more.”

After 11 seasons, Love is now a mentor to the young players on the squad. He recognizes that Sexton needed to hear from him during the summer, especially because of the opportunity for the 20-year-old sophomore to become a leader this season.

“I think Collin and I, our relationship has gotten much more vocal,” Love said. “Not that it was bad or good, but we didn’t have that much commentary. Just continue to talk, been having fun with it, laughing, trying to figure out our two-man game and I know it’s his second year and he’s going to have the ball in his hands, but he’s gotta help lead us too.”

The 6-foot-2 guard hopes to carry the momentum of the second half of his rookie year into this season. He averaged 16.7 points and 3.0 assists per game last season while hitting 40.2 percent of his shots from beyond the arc.

If he is as motivated to improve as Love expects him to be, fans shouldn’t be surprised if Sexton becomes a 20-point scorer this season while improving on his defense and shot selection.