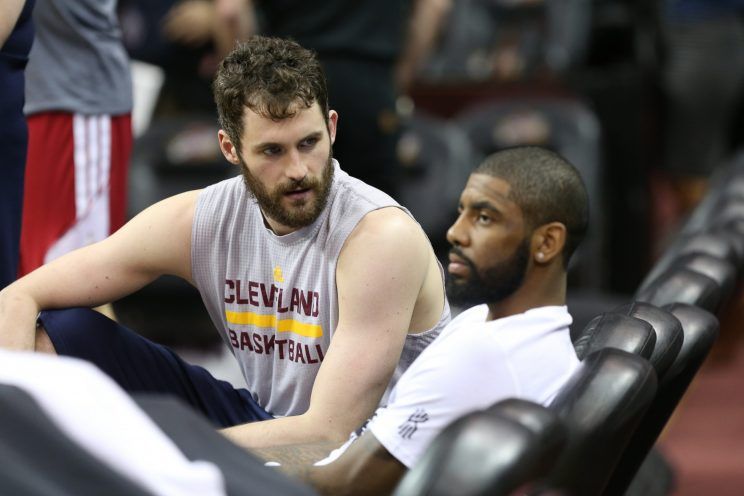 Kevin Love and Kyrie Irving were teammates for many years.

Though they surely were on the same side during their time on the Cleveland Cavaliers, Love has distanced himself from Irving’s recent criticism of the media that surrounds the NBA.

#Cavs Kevin Love disagrees with former teammate Kyrie Irving’s stance on the media.
“Calling anybody a pawn is a sure sign of disrespect,” Love said. “I’m not a divisive person.” pic.twitter.com/4izgXgnO1A

Last week, Irving announced that he would not speak with members of the media this season. It’s the latest perplexing move that the talented guard has made.

The decision occurred on the cusp of a season in which Irving’s Brooklyn Nets are expected to seriously contend for a title. Irving and teammate Kevin Durant are expected to be one of the most talented duos in the NBA this season.

As for Love, he’s hoping to lead a young Cavs team to greater success than it enjoyed last season. Last year, the Cavs won just 19 games.

Though Love could try to speak with Irving and convince him to take a different approach, Irving is not known to back down from his stances, no matter how outlandish they sometimes prove to be.