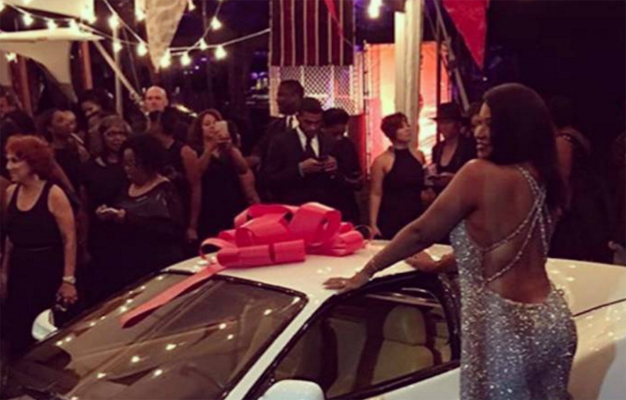 The relationship between the Cleveland Cavaliers’ LeBron James and his wife Savannah dates back to their high school years. Since that time, the couple has welcomed three children into the world and James has evolved from a highly sought-after prospect into one of the greatest NBA players ever.

On Saturday night, just days before Savannah’s 30th birthday, the 31-year-old James decided to surprise his wife with an early gift, a white Ferrari Testarossa. In addition to adding a red ribbon to his gift, he also left a warm note to her on his Instagram account:

What A Night and what makes me happy more than anything is putting a smile on your face! Took me a long time to find your masterpiece but I wouldn't stop until I did and now I can't wait to watch u cruise off into the sunset on the PCH. Happy Bday Queen ?!! #V30Noir

The party celebrating Savannah’s birthday took place in Los Angeles, where James has spent most of the summer after helping the Cavaliers win their first-ever NBA title. He recently signed a three-year contract with the Cavs that will pay him $100 million.

James’ fondness for cars has been known for years, with an enviable collection that also includes a Ferrari, though his model is a 458 Spider. There’s no indication of the model year of the Testarossa given to Savannah, which was produced by Ferrari from 1984-96, but even the least expensive ones cost a minimum of $125,000.