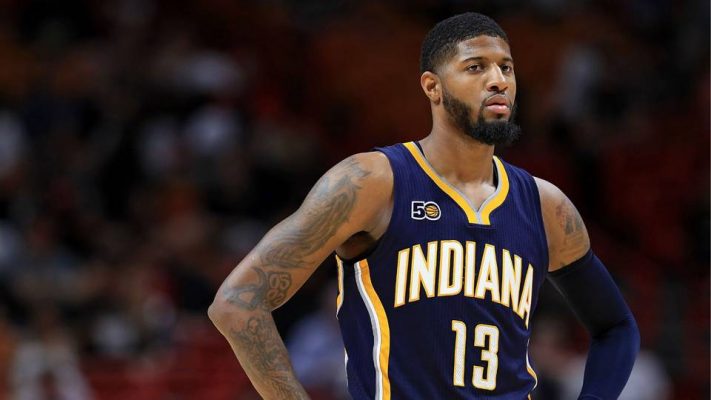 Since the offseason began, the Indiana Pacers‘ Paul George had been connected to trades that would’ve sent him to the Los Angeles Lakers, Boston Celtics, or the Cleveland Cavaliers. One team that was not mentioned to be vying for the star small forward was the Oklahoma City Thunder, but that is just the team George is reportedly being shipped to, pairing him with reigning NBA MVP Russell Westbrook.

The trade, which was first reported by ESPN‘s Ramona Shelburne, will reportedly send shooting guard Victor Oladipo and power forward Domantas Sabonis in exchange for the Pacers star.

Paul George has been traded to OKC, per sources

Shelburne also reported that this does not necessarily change Westbrook’s current contract situation but will certainly be a huge deciding factor if he should decide to extend his current contract.

This doesn't necessarily change how Russell Westbrook is going to handle his situation re: extension talks. But obviously this is big

While this is clearly a loss for the Cavs, who had hoped to pair George with LeBron James to create a team with even more offensive fire power, it undoubtedly gives the Golden State Warriors a much more dangerous adversary in the Western Conference.

Another fascinating wrinkle to this trade is that if Westbrook elects not to sign a Designated Veteran Player Exception contract, which would add five years to his current one-year deal, and if George does not extend his current one-year contract either, both stars could be on the move next offseason.