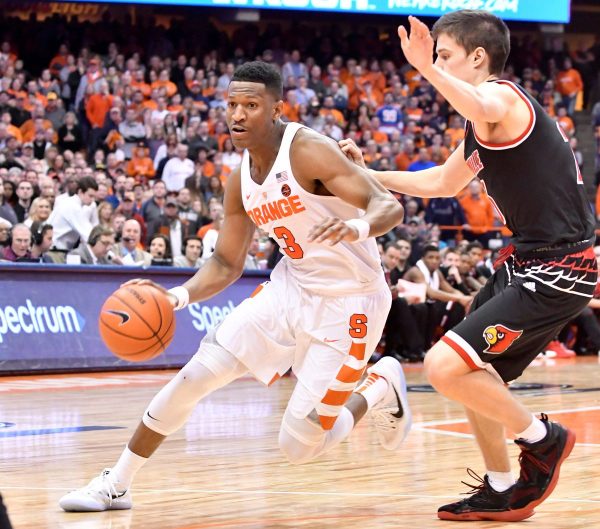 The Cleveland Cavaliers had a quiet night at the 2017 NBA Draft but that does not mean they were not interested in signing new talent. According to Cleveland.com, the Cavs have now signed seven undrafted rookies to compete on their summer league squad.

At 24-years-old, White is the most exciting prospect thanks to his 6-foot-7 frame and his place on last year’s third team All-ACC after averaging 18.5 points per game last season at Syracuse University.

Paul, 6-foot-4, played his college ball for the University of Illinois, and most recently suited up for Anadolu Efes in Turkey. Prather, 6-foot-6, played for the University of Florida, and spent the last several years playing for the Perth Wildcats in the National Basketball League in Australia.

Jerret, 6-foot-10, was originally a second-round draft pick for the Portland Trail Blazers and played for the Beijing Ducks. Moreover, Williams, 6-foot-3, averaged 21.4 points per game during his senior year at Northeastern University. Jones, 6-foot-4 and Beverly, 6-foot-8, are familiar with Cleveland basketball, as both have previously played for the Canton Charge, Clevelands D-League affiliate

None of the signees are signed past Summer League so it’s possible that none of them will be a part of the team at the onset up the upcoming 2017-2018 NBA regular season. Regardless, it is an exciting next step as Cleveland begins looking to the future in hopes of reclaiming the title of NBA champions.

The Cavaliers squad will be coached by assistant coach Damon Jones in Summer League. Play beings in Las Vegas, Nevada on July 7th.