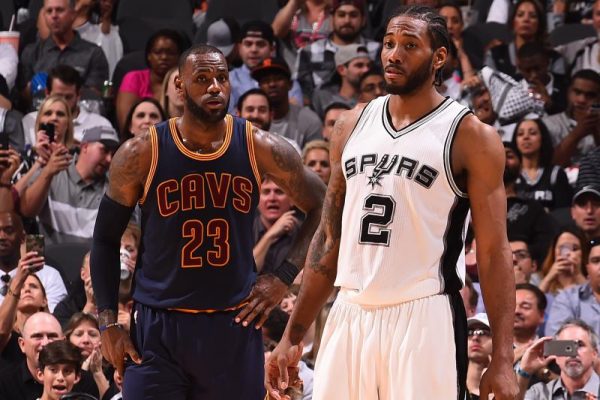 A number of different NBA teams are currently seeking to trade for disgruntled San Antonio Spurs forward Kawhi Leonard, with the Cleveland Cavaliers among those in the mix. However, it appears that the Cavs may not have the available talent to complete a deal with the Spurs, especially in comparison with some other teams within the league’s Eastern Conference.

Sam Amick of USA Today indicated that the Cavaliers have made inquiries about both Charlotte Hornets guard Kemba Walker and Leonard. In the latter case, they haven’t made much of an impact:

“According to a person with knowledge of the situation, the Cavs have inquired about Leonard but there is no traction on a possible deal.”

The Spurs are reportedly either set on keeping Leonard or trading him to an Eastern Conference franchise. While the Cavaliers fit that designation, they lack the available assets that teams like the Boston Celtics and Philadelphia 76ers currently possess. With regard to the Celtics and Sixers, that cache includes highly-talented young players that could be packaged together, something a veteran-laden team like the Cavs can’t match.

The reason that Leonard is such a hot commodity in the trading market is that less than a week before turning 27, he’s already been named the league’s Defensive Player of the Year twice and won the NBA Finals MVP award in 2014. Still, some teams may be leery of offering a great deal of talent for two reasons. The first is because Leonard missed a great deal of the past season due to a nagging quadricep injury, while the second is due to his free-agent status after next season. Sending away a healthy supply of talent for what could be a one-year rental of Leonard could help reduce that list of teams.

The main focus for the Cavaliers right now is to re-sign LeBron James for next season, with many under the impression that finding a way to trade for Leonard would help accomplish that task. Still, it apparently looks as if the Cavs will have to try another way.