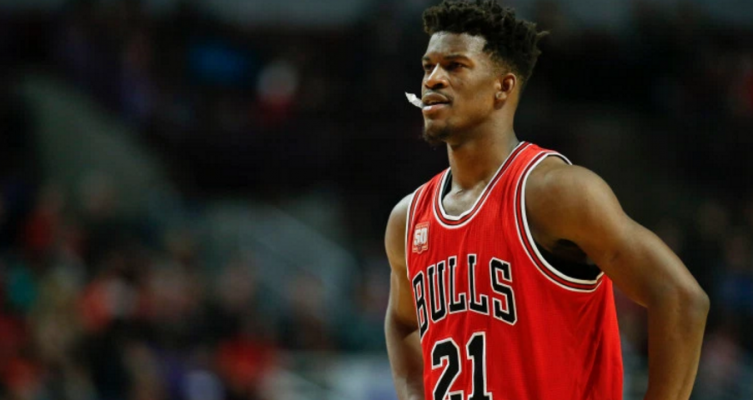 In less than 24 hours, Chicago Bulls forward Jimmy Butler went from “pushing” for a trade to the Cleveland Cavaliers to now reportedly being reluctant to commit to a long-term contract with the Cavs.

The newest report comes courtesy of Marc Stein of ESPN.com, who writes that the Cavs are now encountering obstacles on acquiring both Butler and Indiana Pacers superstar Paul George.

Butler is seemingly intent on trying to lead the Bulls back to the Eastern Conference Finals, while Paul George has publicly stated several times that he wishes to be a Los Angeles Laker in 2018.

“To land either Butler or George, sources say, Cleveland knows it would have to assemble a three-team (or more) trade — likely costing them All-Star forward Kevin Love — to manufacture the top-five draft pick Chicago and Indiana are known to covet in exchange for surrendering their respective best players.”