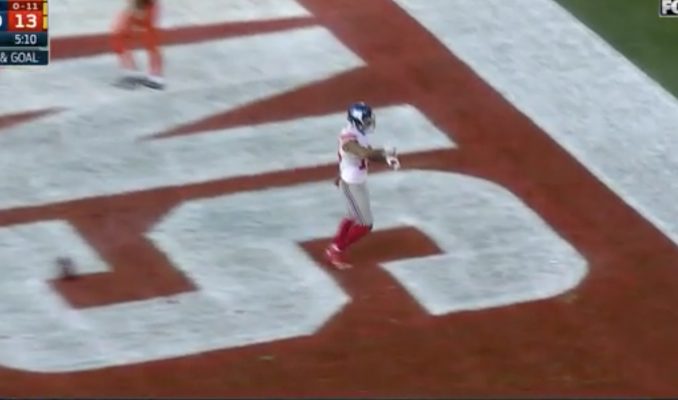 Being the globally recognized athlete that he is, it’s not surprising that Cleveland Cavaliers superstar LeBron James has had an influence in a broad array of sports outside of basketball.

From Jamaican sprinter Usain Bolt using James’ “Silencer” celebration after a victory in the Olympics, to Terrelle Pryor celebrating a touchdown with the four-time MVP’s widely recognized chalk toss celebration, it seems that another NFL athlete has joined in on the fun.

This celebration came at the expense of Cleveland’s own Cleveland Browns however, as New York Giants wide receiver Odell Beckham Jr. did both the “Silencer” and the chalk toss after scoring on a touchdown.