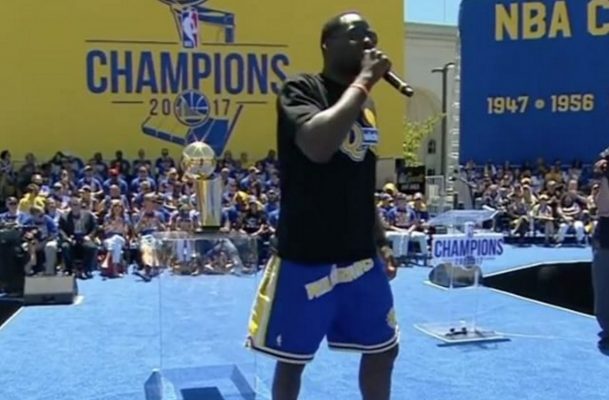 The whole concept of NBA superteams being created has been the source of plenty of controversy, with the Golden State Warriors now being given that tag after winning the league title with superstar Kevin Durant.

Durant’s move to the Warriors came after the team had already won 73 regular-season games the year before. Warriors forward Draymond Green referenced LeBron James of the Cleveland Cavaliers in his remarks on the topic during the team’s championship celebration on Thursday.

“They want to talk about superteams this, superteams that,” Green said “‘I’ve never played on a superteam.’ You started the superteam bro!”

Green’s remarks were in reference to James’ 2010 departure from Cleveland to join the Miami Heat to team up with Dwyane Wade and then-free agent Chris Bosh.