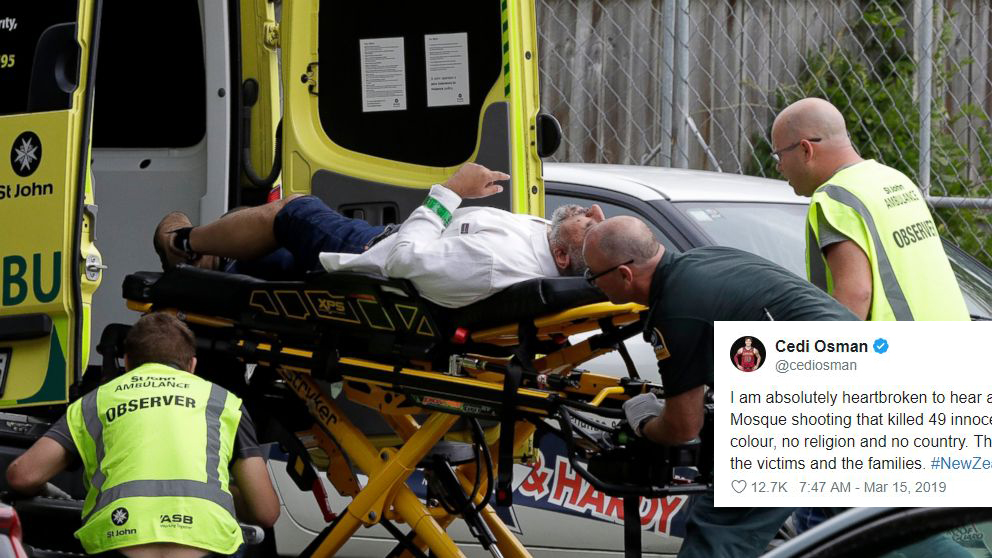 Cedi Osman, like so many people across the world, was heartbroken to hear of the recent mass shooting at a mosque in New Zealand.

The Cleveland Cavaliers forward took to his Twitter account to mourn the 49 people who lost their lives. He also took a firm stance against violence and terrorism in all forms.

I am absolutely heartbroken to hear about the New Zealand Mosque shooting that killed 49 innocent people. Terrorism has no colour, no religion and no country. Thoughts and prayers are with the victims and the families. #NewZealandShooting

The tragedy shook the world, and many athletes have spoken up in the aftermath.

Osman is still a young player by NBA standards. However, he hasn’t let his youth and inexperience silence his voice when it comes to important issues.

The second-year pro has an infectious positive personality which he frequently displays on social media. It’s no surprise that he used his platform to condone violence and prejudice, and to preach love, peace and inclusion.

Osman is having a strong year for the Cavs. On the season he’s averaging 12.9 points, 4.9 rebounds and 2.6 assists per game.

The 23-year old is shooting 34.6 percent from beyond the arc.