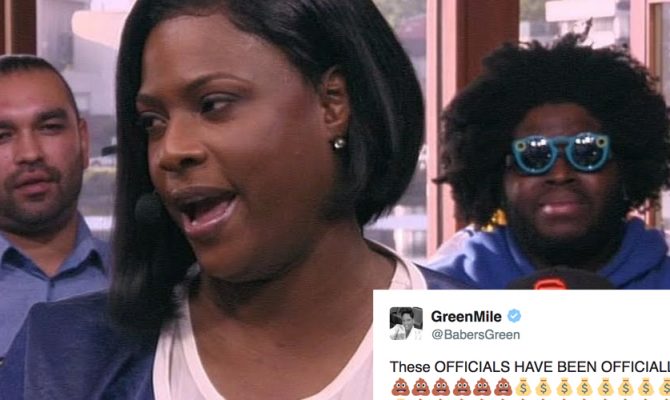 The Cleveland Cavaliers came away with a dominating 137-116 victory over the Golden State Warriors in Game 4 on Friday night. The home team set a halftime NBA Finals record with 86 points in the first half and also set an all-time three-point Finals record with 24 3-pointers made in an NBA Finals game.

However, according to Warriors forward Draymond Green’s mom, a huge reason why the Cavs won was due to the poor officiating on the night.

THE REFS HAVE LOST TOTAL CONTROL…..this some for real REC BALL!

No matter the case, the Cavs look to continue with their backs against the wall in Game 5 at Oracle Arena on Monday night.