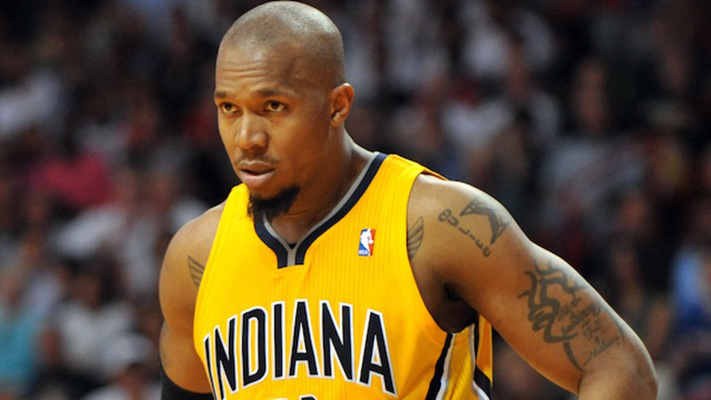 According to Candace Buckner of The Indianapolis Star, the Cavs have a “huge interest” in free agent power forward David West. West opted out of his player option worth $12 million with the Indiana Pacers for next season to try to go to a team that can win a championship.

I’m hearing the Cleveland Cavaliers have “huge interest” in David West. Most definitely aligns with his desire to play for a contender

It was previously known that teams such as the San Antonio Spurs and Golden State Warriors were believed to be at the top of West’s wish list. The Washington Wizards are another team that’s targeting the 6’9″ forward.

You can now count Cleveland as one of those teams on top of West’s wish list.

The veteran power forward still can be a valuable role player to an NBA team as he averaged 11.7 points, 6.8 rebounds, and 3.4 assists in 28.7 minutes per game for Indiana last season.

Over his 12-year NBA career, West has per-game averages of 15.5 points and 7.2 rebounds on 48.9 percent shooting from the field.

With the uncertainty surrounding Tristan Thompson’s contract situation with the Cavaliers, West would provide a security blanket for Cleveland in the event Thompson doesn’t re-sign with the team.