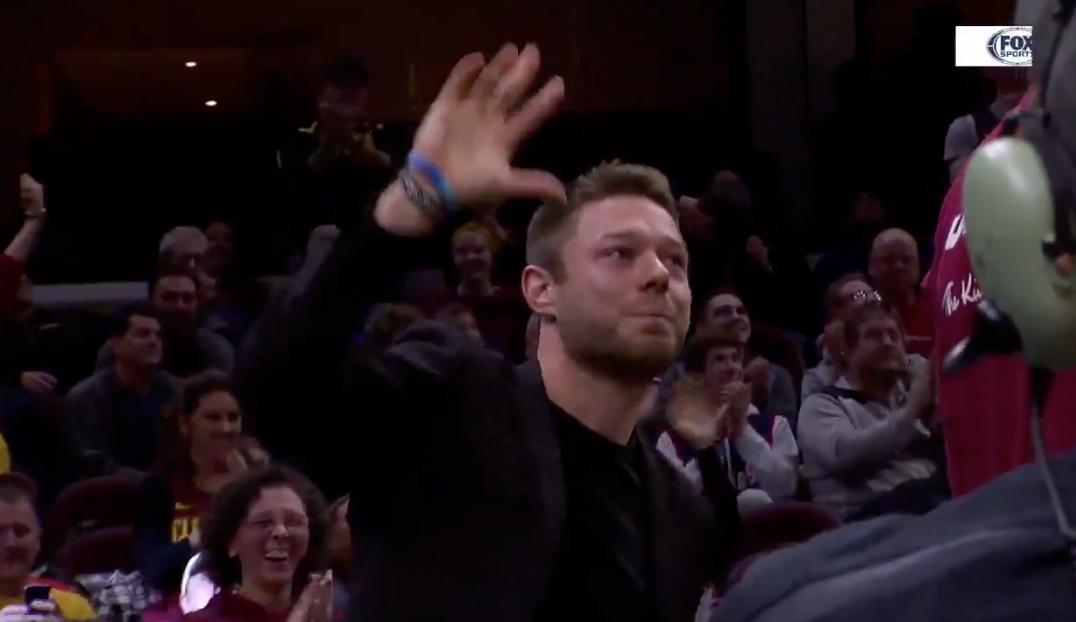 The popularity of now again Cleveland Cavaliers guard Matthew Dellavedova was long in evidence before he left in free agency in July 2016. His return to Cleveland following a trade on Friday showed that enthusiasm about him being back in a Cavaliers uniform hasn’t dimmed from the team’s fan base.

Dellavedova still hasn’t passed his physical yet, which explains why he had to acknowledge the cheers of Cavs fans on the sidelines at Quicken Loans Arena on Saturday night. One of the few remaining players that played with Dellavedova during his three seasons with the Cavs, center Tristan Thompson, made clear his enthusiasm about the Aussie guard’s return.

Dellavedova could play in the Cavaliers’ next game, with the team taking on his former team, the Milwaukee Bucks. Regardless of when he takes the court again, the Cavaliers will once again have a player who gives 100 percent and offers a gritty competitiveness that can help during this rebuilding process.