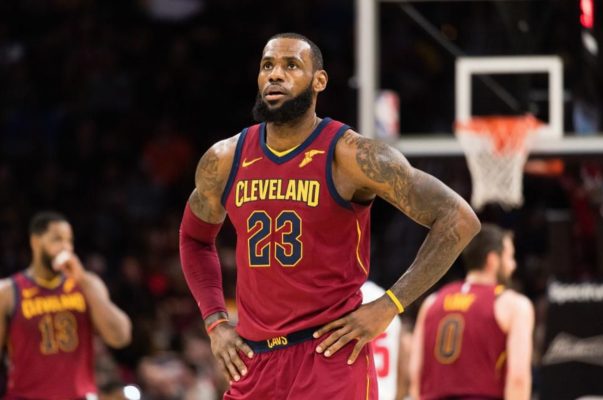 Things are getting pretty bad in Cleveland.

So much so that teams are calling the Cleveland Cavaliers about the availability of superstar LeBron James, per Shams Charania of Yahoo! Sports:

Sources: As NBA teams do due diligence on his no-trade clause and potential of him dropping it, LeBron James is determined to see year through in Cleveland, focused on season and will not waive the clause.

James, 33, can become a free agent in the summer and bolt out of Cleveland if he wants. The forward has been linked to the Los Angeles Lakers and Houston Rockets among other teams. Due to all the losing and discord lately, many around the league believe that James will likely leave Ohio again sooner rather than later.

Much of the speculation comes from the Cavs’ pathetic play after losing 12 of their last 18 games. Newcomer Isaiah Thomas, who was in the MVP race last year, has failed to regain his high level performance and help the Cavaliers. The 5-foot-9 guard is averaging a mere 15.2 points a game on 36 percent shooting from the field. All-Star forward Kevin Love, who had sparked some dispute among the team, is out for almost two months with a broken hand.

With the Cavs banged up, out of sync and barely clinging on to the third seed, it’s fair for teams to wonder if James would consider dropping his no-trade clause. Fortunately for Cleveland, the King is committed to finishing the season with the Cavs and making another trip to the NBA Finals.

In his 15th year in the league, the star is putting up MVP-like numbers again. The veteran is posting 26.3 points, 8.7 assists and 8.0 rebounds a game. While the world focuses on the problems, James is focused on constructing chemistry and capturing another championship.

The Cavs take on the Orlando Magic Tuesday night.