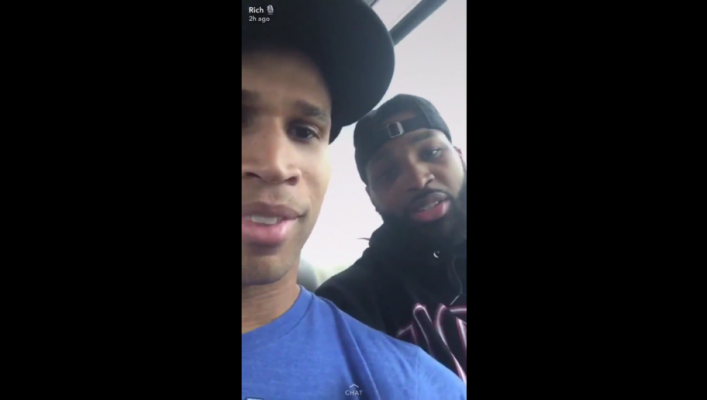 When the Cleveland Cavaliers arrived in the Bay Area on Tuesday, at least two of their players apparently had an unpleasant encounter with a Golden State Warriors fan. Through a brief nine-second message via Richard Jefferson‘s Snapchat account, he and Tristan Thompson appear ready for action to commence in Thursday night’s NBA Finals Game 1 matchup.

After both Jefferson and Thompson offer a simple, “We’re back,” Jefferson notes a remark he heard almost immediately after getting off the team plane:

“There was a baggage dude over there already running his mouth,” Jefferson said.

That prompted Thompson to chime in with this comment:

“I was trying to drop kick his a–,” Thompson said.

Just as the video was ending, an unknown Cavs player could be heard quoting a line from the 1979 movie “The Warriors.”

Neither team will have to spend any more time talking about the series once tipoff takes place just after 9 p.m. ET on Thursday.