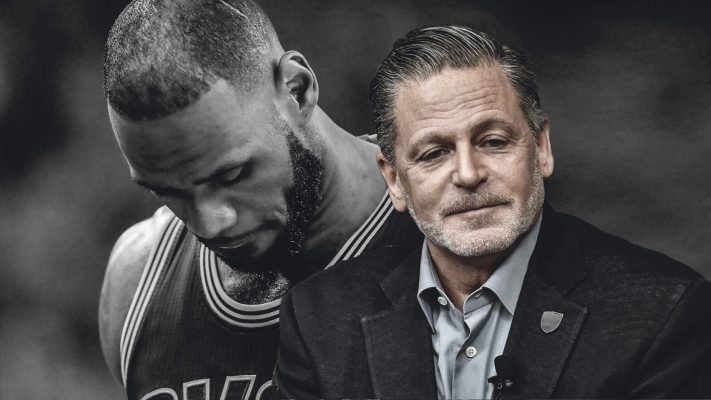 The blockbuster trade that sent former Cleveland Cavaliers point guard Kyrie Irving to the Boston Celtics has been a source of debate since it was made last August. As concern builds about LeBron James‘ future with the Cavaliers beyond this season, a tweet from team owner Dan Gilbert on Thursday appeared to dismiss James’ objections to that deal. That could potentially play a role in James looking to play elsewhere when free agency begins in July.

W/o either of these 2 bold moves orchestrated by Koby & the @Cavs front office, we would not be here w/ a good chance to bring another one home to CLE. #WhateverItTakes

Despite the issues that the Cavs dealt with all season in the aftermath of the trade, Gilbert’s tweet gives full credit to new general manager Koby Altman for making the deal. It also claims that trade and the deadline deals that sent away key parts of the original trade played a part in helping the Cavaliers reach the NBA Finals for the fourth consecutive year.

On Wednesday, James spoke with ESPN’s Rachel Nichols on the wild course of the Cavaliers’ season and confirmed the countless rumors that he had been against making the deal last summer:

“Even if you start back to the summertime where I felt like it was just bad for our franchise just to be able to trade away our superstar point guard,” James said. “A guy that I had been in so many battles with over the last three years, and obviously I wasn’t a part of the communications and know exactly what went on between the two sides. But I just felt like it was bad timing for our team.”

“So I felt like the odds were against us from the summer,” James continued. “And then you know we come into the season, and our All-Star point guard that we got from Boston [Isaiah Thomas] wasn’t able to play until January. We just had so many things going with our team. We shuffled in different lineups, we shuffled in different players, we made a trade at the deadline, and I can’t sit here right now and say that the Finals was a part of my thinking.”

The fact that Gilbert chose to replace former general manager David Griffin with Altman undoubtedly irritated James as well, considering that James had been vocal about signing Griffin to a new contract. In addition, James had offered a supportive tweet for Griffin just after it was announced that he wouldn’t return in that role.

While James avoided being critical of Gilbert in his interview, the two have had a shaky relationship for years. James offered no hints as to what he’ll do when he officially becomes a free agent, saying only, “We’re going to see.” For nervous Cavaliers fans, that offers little comfort over the next month.