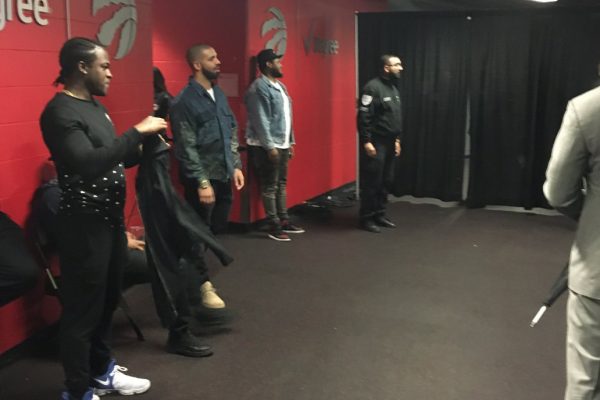 Cleveland Cavaliers superstar LeBron James put on yet another maestro performance in the playoffs as he went off for 35 points, eight rebounds, and seven assists in Game 3 of the Eastern Conference semifinals against the Toronto Raptors.

Not only is he picking the Raptors apart, but it seems like he’s having fun while doing it.

A few days after pretending to take a sip of beer in the middle of a game and spinning the ball in Serge Ibaka’s face before swishing a three, comical ‘Bron has struck again.

After the Cavs beat the Raptors in Game 3, James spotted global ambassador Drake in the visitor’s tunnel and dropped this glorious line:

LeBron, as he headed to the Cavs locker room postgame and spotted Drake: "Where are we headed tonight? Margaritas on me" pic.twitter.com/Nt62rNjMGs