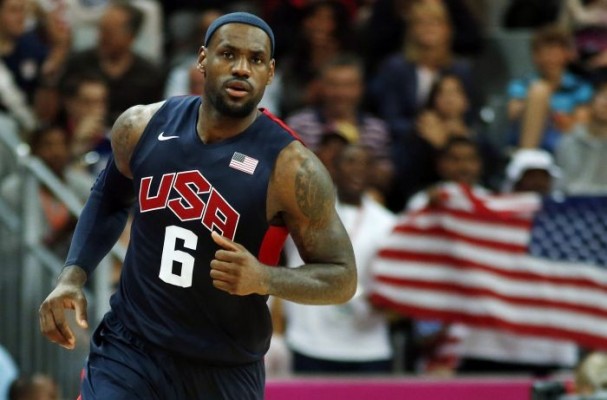 LeBron James has yet to officially declare his intention to play for Team USA during the 2016 Olympics, but that doesn’t mean he won’t be involved with the team this summer.

Jerry Colangelo, executive director of Team USA, stated that he expects the four-time MVP to participate in meetings and workouts in Las Vegas next week for 2016 Olympic basketball hopefuls.

Though Colangelo expects James to partake in next week’s sessions, he questions whether or not LeBron really has the desire to win a third gold medal with Team USA.

“LeBron has had an incredible career, and I know how many minutes he’s played. He’s played a lifetime of minutes. He’s been involved with Team USA basketball since he was 19. This is totally up to him – he has to make the call whether he wants to go after three gold medals.”

The executive director continued to question whether James really wants to commit to the cause:

Colangelo stressed that next week’s session is to find out who is committed to Team USA when they participate in the 2016 Olympics in Rio de Janeiro, Brazil next summer:

“This is just a loose thing I’m doing because we don’t have anything to prepare for this summer. The purpose of having this minicamp is to celebrate the last 10 years of Team USA basketball and begin to find out who’s committed for next summer.”

It’s worth noting that James will be 31 years of age when the Olympics take place next year. Though he’s still in his prime, one has to take into consideration the miles he has on his body. The veteran small forward will be entering his 13th NBA season in a few months.

Cavaliers Kyrie Irving and Kevin Love are also expected to attend, though neither will practice as both are still recovering from surgeries that cut their seasons short.