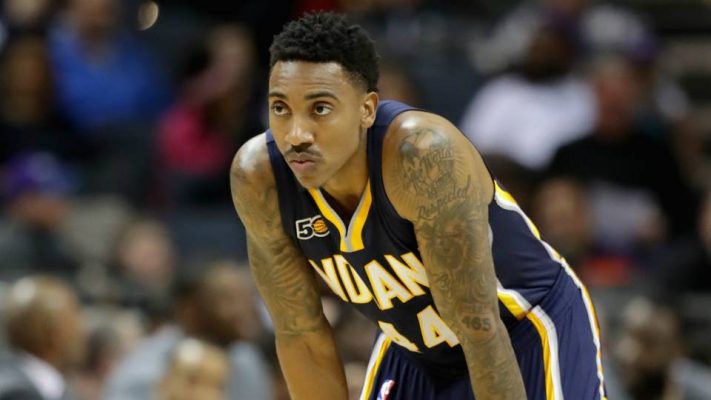 Indiana Pacers guard Jeff Teague has offered a bold prediction that his team will extend its first round series against the Cleveland Cavaliers for at least two more days by winning Sunday afternoon’s Game 4 contest.

“We’re playing for pride now,” Teague said after Thursday night’s loss. “We’re all competitors in here and we all believe in one another. We ain’t getting swept.”

Teague made the remarks with the Pacers facing elimination if they’re unable to follow through on his prediction. Indiana will also be trying to come back from a devastating loss that saw Cleveland surge to victory from a 25-point deficit at intermission, the largest halftime comeback in NBA playoff history.

The point guard has past experience in getting swept by the Cavaliers, having been a member of the Atlanta Hawks prior to this season. Two years ago, Cleveland swept Atlanta in the Eastern Conference Finals, followed by last year’s sweep in the conference semifinals. One other negative statistic for Teague is that 60 percent of NBA teams holding a 3-0 advantage end up completing the sweep.

Tipoff for Game 4 will be just after 1:00 p.m. at Bankers Life Fieldhouse in Indianapolis. Should Teague’s prediction come true, the two teams will meet on Tuesday night at Quicken Loans Arena in Cleveland.