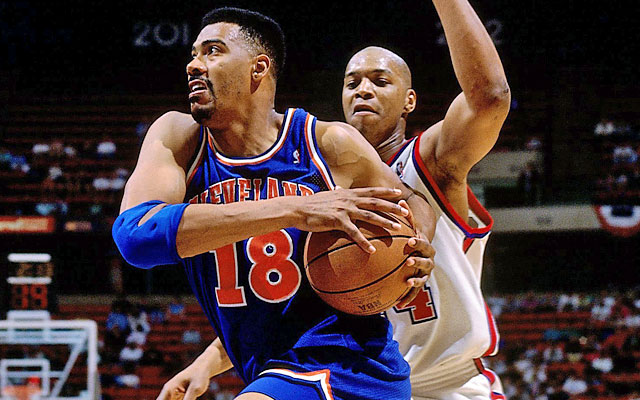 The life of former Cleveland Cavaliers forward John (Hot Rod) Williams currently hangs in the balance as the former Cavalier struggles in a Baton Rouge, LA hospital in a severe battle against prostate cancer.

Word first came earlier Wednesday when Cleveland Plain Dealer columnist Terry Pluto wrote an article about the 53-year-old Williams’ plight. Pluto indicated that he had been contacted on Tuesday night by Williams’ former agent, Mark Bartelstein, who informed him that Williams was in the hospital’s intensive care unit.

Bartelstein indicated that prostate cancer had been the original diagnosis approximately six months ago, but despite undergoing treatment, the malignancy has continued to spread:

“His family is with him,” said an emotional Bartelstein to Pluto. “It’s a very serious situation.”

Williams played nine seasons with the Cavaliers from 1986-95, after having been drafted in the second round of the 1985 NBA Draft. Williams had been projected to go higher, but was forced to sit out the 1985-86 season as he waged a legal battle against what turned out to be unfounded allegations of point shaving during his collegiate career at Tulane University.

During those nine seasons in Cleveland, Williams was a starter during his first season, but soon found his niche as a sixth man for most of the next six seasons before again becoming a starter for the final two years of his tenure with the Cavs. He averaged 12.9 points, 7.1 rebounds and 2.1 assists per game during that time.

In October 1995, he was dealt to the Phoenix Suns, where he played three seasons before closing out his career with the Dallas Mavericks in the shortened 1998-99 campaign.

Since retiring, Williams has founded a construction business in his hometown of Sorrento, LA and has served as a coach for a number of community sports.

Bartelstein indicated that the passage of a generation since Williams last played for the team failed to dim his warm memories of playing for the Cavs:

“John loved playing in Cleveland,” said Bartelstein. “He played a few years after leaving the Cavs, but he always thought of himself as a Cavalier.”