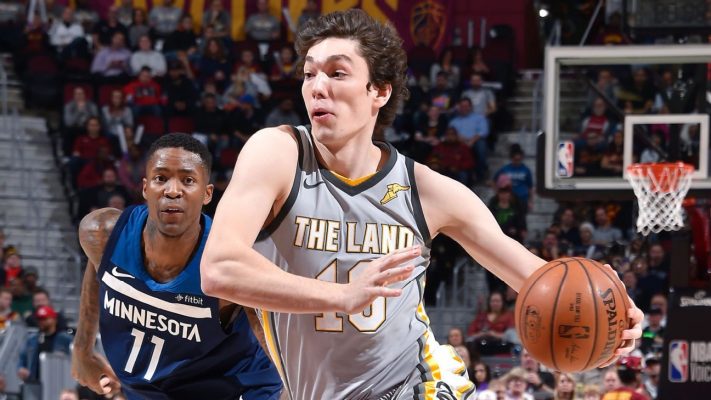 Friday night brought bad news all around for the Cleveland Cavaliers as they fell to the Los Angeles Clippers and saw two more of their players injured in the process. Newcomer Rodney Hood left the game after six minutes because of a lower back strain, though the hip injury of rookie Cedi Osman may end up proving to be more problematic for the team.

Cedi Osman to ESPN on his injury that CLE labeled a hip strain: "I tried to run and then I heard a pop from my groin. This is the second time it happened, actually … I felt pain and I couldn't run … Right now, when I'm walking and when I try to lift my leg up I feel pain"

The 22-year-old Osman was signed last July by the Cavaliers after having played overseas for two years. Originally acquired by the team in 2015, he’s seen action in 54 games this season, starting nine contests. He has become a more consistent presence in the lineup over the past month.

Averaging 3.6 points and 1.9 rebounds per game for the year, Osman has impressed both the coaching staff and fellow teammates with his ability to contribute in ways not represented on the stat sheet. His absence for any extended period, coupled with the continued rehabilitation of Kevin Love and Tristan Thompson, would further deplete the Cavaliers’ thin frontcourt.

The severity of Osman’s injury will likely be determined prior to Cleveland’s next game, which will be Sunday night against the Los Angeles Lakers. That game, like the Clippers matchup, will take place at the Staples Center.