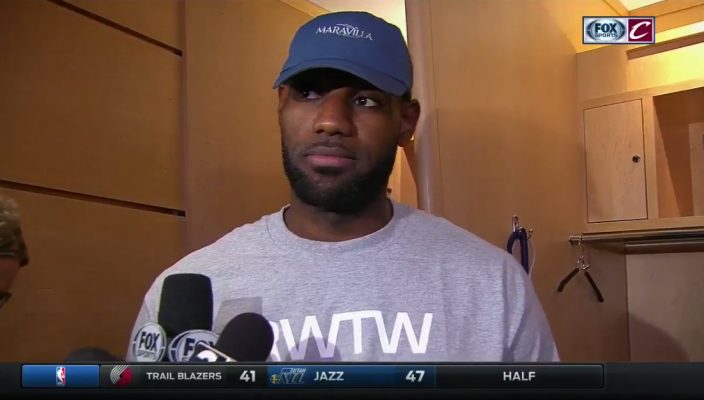 The importance of Wednesday night’s game between the Cleveland Cavaliers and Boston Celtics isn’t lost on anyone, considering that it could very well determine homecourt advantage in the Eastern Conference Finals. Yet LeBron James is keeping the game in perspective, taking the time to note his experience in much bigger contests over the course of his 14-year career.

During his postgame remarks following the Cavaliers’ 122-102 victory over the Orlando Magic on Tuesday night, James offered an idea of what he expects in the game against the Celtics, but indicated that the aura surrounding the game isn’t anything new to him.

“It’s going to be a good test for us. They play extremely well at home, but I’ve played in a lot of big games. I’m the last person to ask about a big game in the regular season,” James said. “They’re going to have a lot of energy, their crowd is going to be great. That’s a very good team we’re playing against, we know that. Taking nothing away from them, they’ve been playing some great ball, but like I said, I’m not one to get caught up in big regular season games. I’m sorry, but I’ve been to six straight finals, man.”

In three of those finals appearances, James has walked away with Most Valuable Player honors in helping his team win the NBA title. This year, he’s hoping to match his previous accomplishment as a member of the Miami Heat, when he was the main component of a team that had captured back-to-back championships.

When it comes to the postseason in general, James has 199 games worth of playoff experience to fall back on for the game against the Celtics, including 40 games in the NBA Finals. During his postseason career, he’s averaged 28.0 points, 8.8 rebounds and 6.8 assists.