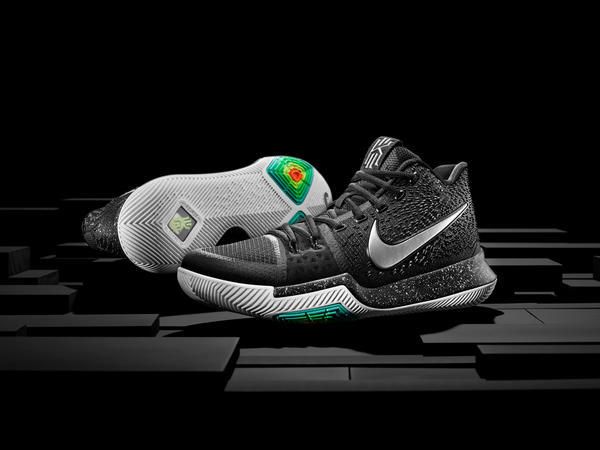 Cleveland Cavaliers point guard Kyrie Irving had an additional reason to celebrate his 25th birthday on Thursday with news that the latest version of his signature Nike shoe is now the top-selling basketball sneaker in the world.

The news was announced by Nike Brand President Trevor Edwards, who spoke to the media in an earnings call after the company’s latest financial information was released:

“The Kyrie 3 launched in December and now is the top-selling performance basketball shoe in the marketplace,” Edwards said.

While some may dismiss the remark as hype, the information was confirmed by SoleCollector.com, a website that exhaustively covers the sneaker market. One of the website’s sports-industry analysts endorsed the data, though the site itself noted the signature sneaker market has seen a steady drop in sales over the past few years.

Joey Morona of Cleveland.com indicated that a number of different reasons were offered for the achievement of the shoe that was launched just three months ago. Those reasons include the fact that the sneakers are considered affordable at $120, the design is uncomplicated, and the shoe is available in a number of different colorways.

Irving will be back on the court with his teammates on Friday as they close out a four-game road trip with a game against the Charlotte Hornets. Tipoff for that contest will be just after 7 p.m. ET.