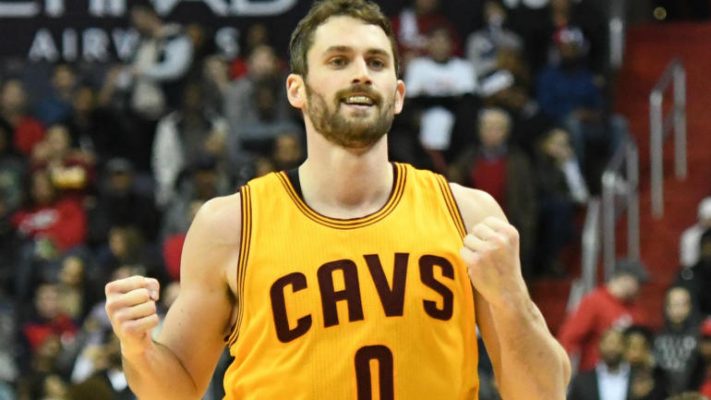 Cleveland Cavaliers forward Kevin Love could return to the court during the team’s upcoming road trip after sitting out the past month while recovering from arthroscopic knee surgery. Cavs general manager David Griffin indicated that possibility after Love took part in a three-on-three scrimmage on Tuesday.

Love, who last played during a Feb. 11 home matchup against the Denver Nuggets, was originally expected to miss up to six weeks. Just prior to the injury, Love had been selected to play in the All-Star Game after having averaged a double-double all season.

“Everything that happens for him is just a step in the process,” Griffin said. “Every next step you take in a rehab situation when you come back from surgery allows for the possibility of swelling and setback, it’s just how it goes. That’s why the timeline was what it was. If he doesn’t practice until the end of the week, that’s fine. That’s not something we would consider a setback, it’s just what we anticipate.

“If he gets through it, he has no soreness, we’ll let him keep taking the next step all the way through and we’ll see what that means. I would anticipate that he’ll play sometime on the road trip.”

Injecting some humor into the situation, Love used his Instagram account on Tuesday to hint that he might be playing in Cleveland’s home game against the Detroit Pistons, a game they won handily, 128-96.

“He did that to mess with y’all,” Cavaliers head coach Tyronn Lue said to the media prior to Tuesday’s contest. “He came into my office and said you’re going to get a lot of questions today. I said why? He said because he posted something about his jersey in his locker, but, he’s not playing tonight.”

Lue indicated that Love may practice with the team on Wednesday in preparation for its Thursday night home game against the Utah Jazz. Following that game, Cleveland will begin its road trip with a pair of contests in Los Angeles this weekend, followed by a March 22 matchup in Denver before the final contest in Charlotte two nights later.

In the 46 games that Love has played this season for the Cavaliers, he’s averaged 20.0 points and 11.1 rebounds. Since his absence, the Cavs have struggled on the court, managing just a 6-6 record. That includes a 3-5 mark during the month of March.