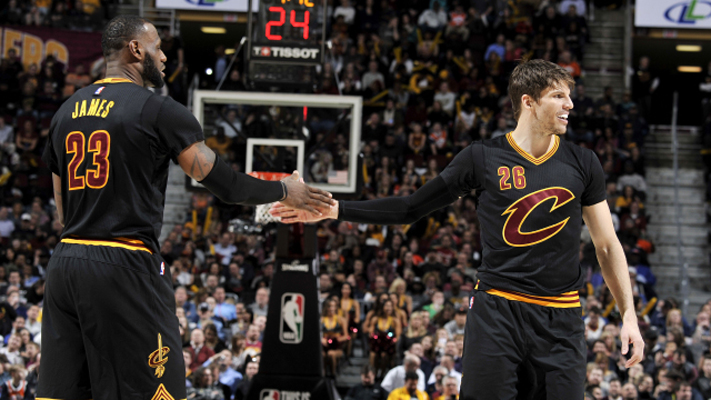 The health statuses of two Cleveland Cavaliers veterans, LeBron James and Kyle Korver, were updated on Monday morning. Both have been ruled as questionable for Cleveland’s Monday night home game against the Milwaukee Bucks.

Korver (knee) is also questionable. He is currently getting up some shots. #Cavs

James missed the Cavs’ Saturday night home loss to the Chicago Bulls due to strep throat, while Korver suffered an injured knee with 2:59 left in the game, limping off the court. Following the contest, Korver indicated that no ligaments had been damaged, though his status remained up in the air concerning Monday’s game.

The next game for the Cavaliers after Monday night will be on the road Wednesday night against the Boston Celtics. That game marks the beginning of a tough March for the Cavs, who will play 12 of their 17 games during the month on the road.