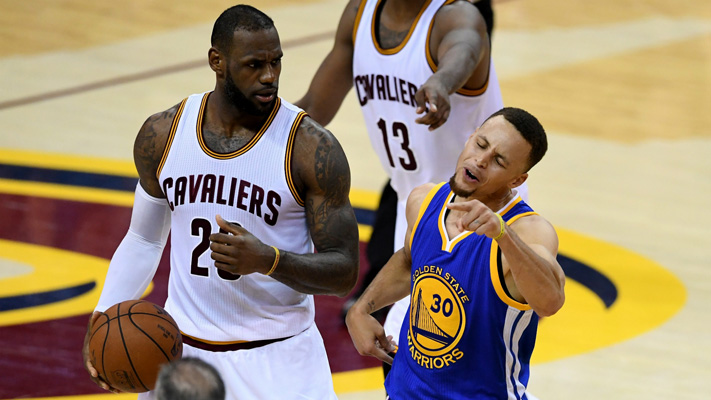 Two-time MVP and former NBA champion Stephen Curry of the Golden State Warriors suffered a monumental collapse as his team squandered a 3-1 series lead in the 2016 NBA Finals.

That was due in large part to LeBron James, who spearheaded his Cleveland Cavaliers to win three straight and bring home the Larry O’Brien Trophy for the first time in the team’s history.

Although Curry couldn’t congratulate the Finals MVP directly, he did have this to say after the game:

“[LeBron] had a lot of people around him congratulating him. But there’s no denying what he was able to accomplish this series. He played pretty great basketball, made some timely shots. Definitely was a huge reason they got it done.

“So hat’s off to him. Winning a championship is no easy task, and he was able to accomplish it with his guys. So you congratulate him. If I do see him, that’s basically what I’d say. Enjoy. Obviously he’s done it before, but enjoy the moment. They definitely deserve it. They played their butts off and got it done.

“That’s a special moment for them. Every person I’ve seen, I’ve talked to, I’d tell them enjoy it because we know how it feels as well.”