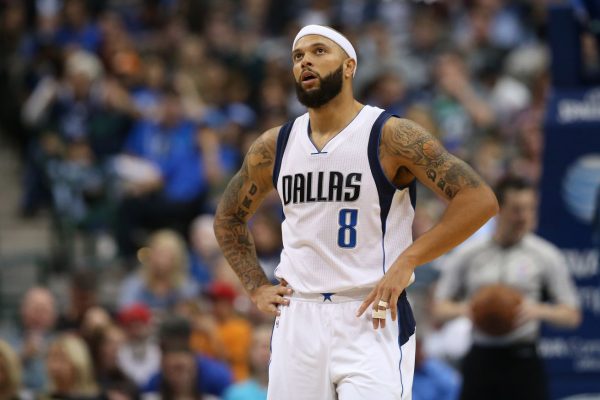 The need for the Cleveland Cavaliers to fill what’s been a gaping hole behind Kyrie Irving at the backup point guard position has brought with it talk of many trade possibilities. The most recent speculation in this category has the Cavaliers in serious talks with the Dallas Mavericks to acquire veteran point guard Deron Williams.

Mike Fisher, a Dallas-based member of the media, issued three tweets on Wednesday evening referencing the possible deal. Cleveland players like Iman Shumpert and Channing Frye are reportedly in the mix of possible players to be dealt, while another possible alternative involving veteran Mario Chalmers is noted.

The 32-year-old Williams is a former All-Star who is currently averaging 13.1 points and 6.9 assists per game. He’s currently making $9 million on a one-year deal, which the Cavs would have to match in salary because they have no room available under their current cap.