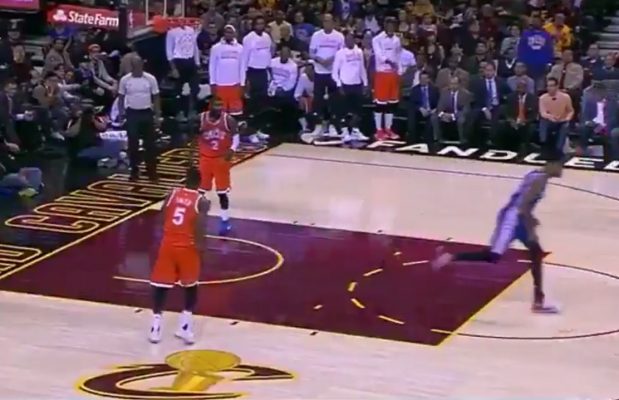 Cleveland Cavaliers point guard Kyrie Irving was having none of it on Friday night as the Cavs took on the Philadelphia 76ers.

After backing up teammate LeBron James with the first flagrant foul of his career, watch as Irving taunts 76ers power forward Shawn Long after a made dunk.

Kyrie Irving yells "You're down by 27, bruh!" to Shawn Long after Long's dunk and scream. pic.twitter.com/htG2tbD9b2