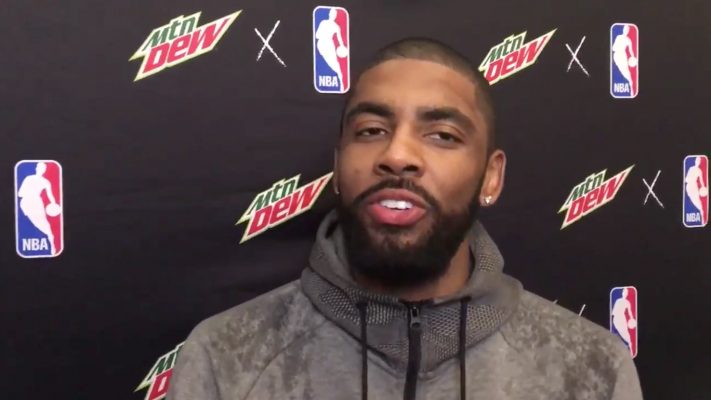 Following up on his own belief that the earth is actually flat and not round as has been scientifically proven, Kyrie Irving is not backing down from his statement.

In an interview Friday during All-Star Media Day, the Cleveland Cavaliers point guard double downed on his sentiment, saying that people should question the educational system more often, even at one point doubting the existence of dinosaurs.

Whether he’s trolling or simply believes in some sort of conspiracy theory, you gotta give credit to the point guard for not faltering in his opinion.