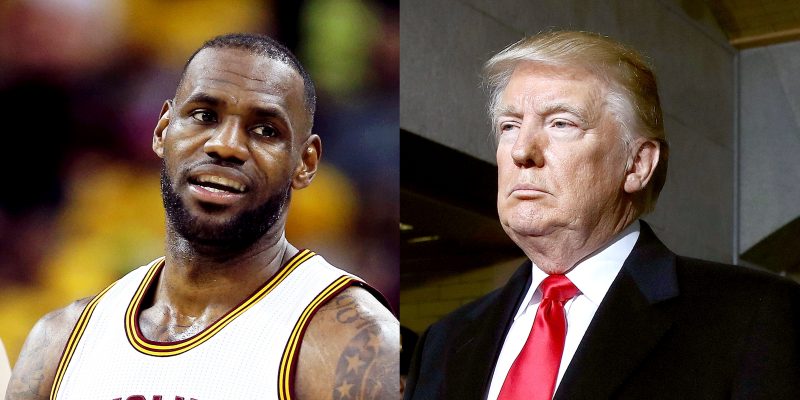 The controversy over the travel ban for citizens from specific countries that was instituted by President Donald Trump hasn’t escaped the notice of Cleveland Cavaliers forward LeBron James. The future Hall of Famer offered severe criticism of the plan, which is currently in litigation, during a recent interview.

James spoke with the Hollywood Reporter and noted that the unfair nature of the idea is contrary to what the United States represents:

“Diversity is what makes this country so great,” James said. “I stand with the many, many Americans who believe this does not represent what the United States is all about.”

James also discussed the importance of speaking out against perceived injustice:

“We should all continue to speak up and fight for ideas that bring people together regardless of race, gender, ethnicity, religious beliefs or any other differences,” James said. “I am not in favor of this policy or any policy that divides and excludes people. We should continue to speak out about it.”

The comments came just one week after James had been presented with the Jackie Robinson Award prior to the start of the Cavaliers game against the Minnesota Timberwolves. James paid tribute not only to Robinson, but other African-American athletes who spoke out about controversial issues, such as Muhammad Ali and Jim Brown.

“I’ve got a long way to go to have the kind of impact these great leaders have been able to have,” James would say later. “I hope to continue building on the legacy they started.”

In recent years, James has combined his growing philanthropic work with more socially conscious statements concerning such things as the deaths of Trayvon Martin and Eric Garner.

“It’s important that we as athletes continue to use the platform we have to speak up for what we believe in,” says James.

Highlights of James receiving the Robinson Award will be shown on Feb. 11 during the NAACP Image Awards on TV ONE.