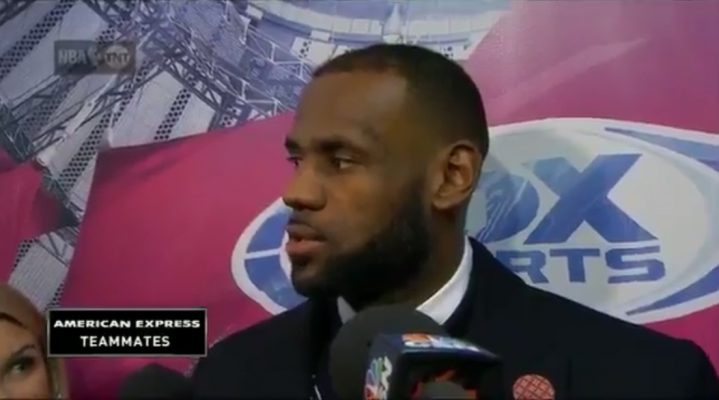 After it was reported by Frank Isola of the New York Daily News that Cleveland Cavaliers superstar LeBron James had “pushed” the team’s front office to trade for New York Knicks forward Carmelo Anthony at all costs, it looks like The King has spoken himself.

After the team’s impressive 140-135 victory over the Washington Wizards on Monday night, James was asked what he thought about the rumors and didn’t mince words when giving his response.

It’s now crystal clear that neither the Cavs nor James has any interest in parting ways with power forward Kevin Love any time soon, especially after his 39-point, 12-rebound outing on Monday night.